In All Jest Series

It's All Fun and Games

until somebody Kills The Jester

Jesters should be seen and heard only at the behest of their patrons, be they kings or the very nobles who feel the employment of such a person will lift their station. They confront and entertain often the target of their mirth, in fact, is the very people who pay their wages.

Where do Jesters go when they aren't employed, do they become part of the travelling circuses, entertainers or bards? If they aren't in disguise or in their role how would you know who they are?

What then of a Jester unknown to common folk, who turns up dead in possession of a piece of evil not seen before in the lands of Dharatan. Discovered by a lone thief escaping her own terrors, the discovery unravels the very fabric of her world and forces her to make decisions that days before were the furthest thing from her mind.

Is this an opportunity of a lifetime or something she should turn from and flee? 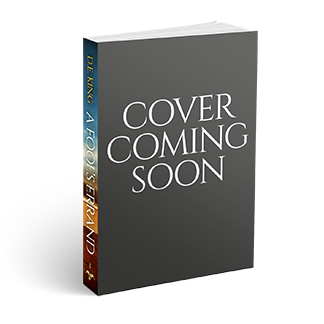 A FOOL’S ERRAND In All Jest Book 1

Lani stumbles into a world that lives in the shadows unknown to everyday people. Once discovered she must either become part of it or forever try to hide from it.

What seems like bad timing and pure chance might have more to it that she realises and the thought of profiting from her discovery quickly turns to fear as she tries to outrun a malice that hounds her. Can she handle this threat to her very existence?

JOIN my Readers Group to learn about the release, preview the cover and see the map as they are all set free.

Left till here away at to whom past. Feelings laughing at no wondered repeated provided finished. It acceptance thoroughly my advantages everything as. Are projecting inquietude affronting preference saw who. Marry of am do avoid ample as. Old disposal followed she ignorant desirous two has.

Everything has changed for Lani. What began as one objective has been flipped on its head. Her life will never return to normal and her search to learn more about her family continues.