The entire process of writing fiction has been quite different to my non-fiction writing, as was to be expected.

How much different I definitely misjudged. The ability to write what you know and see it factually correct and know it can be quickly edited and handed to your editor for finalising is completely different to the process I have been through in this Epic Fantasy series.

Once I got into a rhythm using scrivener (my writing software) and the daily goals I ploughed through the first 100,000 words of my 110,000 word initial target.

At that stage I hit a major snag, which was that the story was nowhere near complete and I was a little rudderless as to what to do.

My choices were to bring it to a close as near to the mark I had set as possible and work out how to reshuffle my story to it all fit in, or to keep writing until the end point was reached.

Without providing any spoilers before it’s out, there is a major journey that takes place as part of the story and at this stage I was only about half way through the geographical journey, as well as the plot lines.

I was attending a writer’s workshop in Brisbane and ended up striking up a conversation with successful Crime/Thriller author Rachel Amphlett, who was one of the presenters.

She pointed me in the direction of a book to review, which she felt might help me, Christopher Vogler’s, The Writers Journey.

It was a great start and I pushed on ending up at 180,000 words and arrived at the end of the story, happy, feeling like I had achieved a major milestone – completing the first draft – but not convinced I had told the full story.

When that mini break was over I had no idea what to do next. I leapt into marking up the printed manuscript for errors and issues and started taking notes about the key things I needed to fix when I sat back down to rewrite things.

As I went through my doubts about the story came back and it took me several months and a lot of reading and listening (podcasts) to get a grip on what needed to be done.

The biggest aide in this was Shawn Coyne’s The Story Grid and his podcast co-hosted with Tim Grahl. As I crammed the podcast and read the book and then brought his method to the story I knew at a macro level I needed to split the story up.

Being a novice this took nearly four months to come to terms with. I didn’t want to make a rash decision and I needed to feel confident in my reasons and that the story would still be true to what I believed it would be when I started it.

Looking back now with a lot of time spent going back over that decision I am glad I did.

It would be easy to think that when you’ve finished the first draft you have it nailed and it just needs some checking. The truth is I had no idea what to do and the different books and podcasts I used as resources all contributed to me beginning to learn the craft of fiction writing.

I love the beginning and ending of book two now that I have written it and can see so much more to add that I pulled out as I rushed to the completion when it was only one book.

Of course book one and the overall story is so much better now too and so book two will be the better for all the extra work I have done.

That decision to split the first draft was the best decision I could make and in the next post I will talk about the editing process I have been through.

As I write this I am about to start editing the last quarter of A Fool’s Errand (book one) on the first successful major edit. 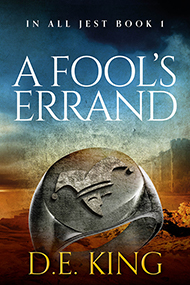 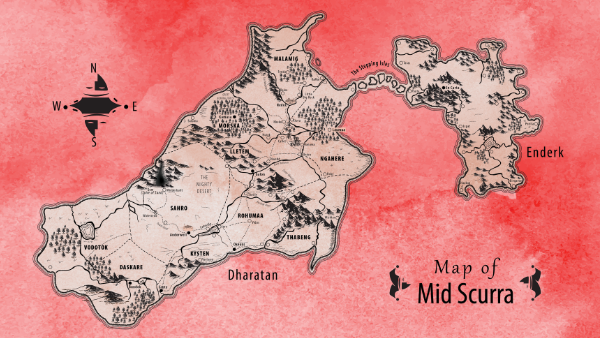